How Do You Grieve The Death of an Ex? 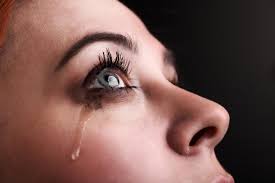 It has been some time since I last posted on this site.  my life came to an abrupt halt recently when my ex-husband unexpectedly died.

We have been divorced for three years however, we were married for seventeen.  We have two children together that no longer have a father.  We were not the best of friends after our divorce or even friends at all actually; in fact we really did not talk much except for things that had to do with our kids and even then it was via text or email only.

He lived in a different state so only saw our children on occasion.  When he would come to pick them up I would peek out my window to catch a glimpse of the person I once shared my life with and called my husband.  Due to his vices he had almost literally become a shadow of the man he once was.  He was not the person I married nor was he the awesome father he had once been.

While his passing was unexpected in some ways it was not in others, I will just say we were not completely surprised.  Still, it was a heartbreaking and devastating event in the lives of my children and myself.  All hope that he may ever again be the dad my children once knew and loved and had completely immersed themselves in, was forever gone.

My children, one still in high school the other in college, were now left with the task of planning a funeral.  His parents both gone and his only sibling living in another state there was no one else, no one but me.  How could I expect my children to even begin to contemplate the totality of the task at hand?  He too lived in another state making it even more difficult.  Coordination with the coroner to have an autopsy done, a cremation, and then transportation of his cremains from the state he was living in to the one where he grew up and where his friends and ourselves resided.  Coordination with a funeral home for the service and the planning of a reception after.  So much for their young brains to wrap their minds around especially as my youngest was preparing for graduation.  How could I burden them with this?  So I didn’t.

I found myself planning a funeral for a man whom I no longer loved or respected.  For a man I could not even speak to save for text and email.  A man that had chosen his vice over his family, I was now expected to honor him in death – and I did.  I arranged a funeral, I helped plan a reception and opened my home for that purpose.  I picked out pictures and music for a DVD, I reached out to friends and family to speak at the service, gathered a few personal items to share with those that attended and notified and gathered his remaining friends.

This was one of the most difficult things I have ever had to do for so many reasons and one that but for my children, I would not have done.  He died alone but I would not let him be forgotten.

The day of the funeral his friends hugged me and offered condolences, they told me if there was anything I needed they were there for me and offered up memories of times they had shared with him.  Although these people knew we had not been married for several years, I was being treated as a grieving widow and that made me uncomfortable.  I was not sure how to respond except with a polite “thank you” to everyone.  Although I was so grateful to his friends for being present for my children and myself, I was having a hard time reconciling my role in all of this.

As the last person left my home that day I literally closed the door on that chapter of my life.  Of course I will still have my children as a beautiful reminder of what we shared, however everything else will now just be a memory.

I have grieved considerably and I sometimes struggle to understand why, after all we were divorced and no longer really even speaking to each other.  Maybe my brain has just chosen to focus on the good times in our life together rather than the bad, and in that I find myself drowning in a pool of what could have been rather than what was.  I guess I’m o.k with that, for now.

← The Dash
Getting Back on the Horse →